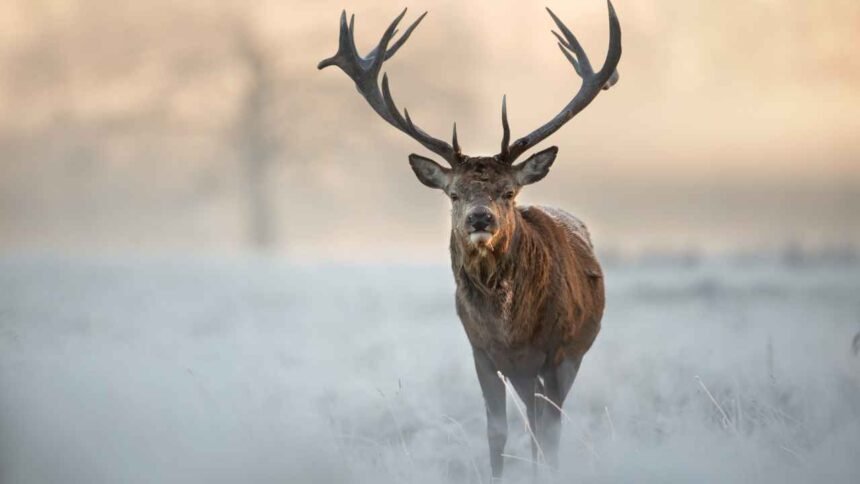 Deer Are Herbivores, But Do They Eat Meat?
SHARE

As far as we know, deer are herbivores.

There have been reports of deer eating meat and even human bones, so people often wonder: Do deer eat meat in their lifetime? Science has the answer.

Most people do not believe that deer eat meat, but they possess flesh-eating tendencies and will show them from time to time. They can consume a wide range of animals, including birds and their eggs. So you should pay attention to their strange diet if you’re curious. Find out why deer consume meat in this article.

In addition to plants and leaves, deer also love fruits. Read about do deer eat pumpkins and do deer eat apples next.

Is It Possible For Deer To Consume Meat?

All deer breeds, including whitetails and elks, eat plants. However, not all animals considered strict herbivores are actually omnivorous. They are actually able to swallow both plants and animals as food. Many researchers claim a deer is an omnivore and hence can consume meat. There have been reports of deer of different species eating the flesh of dead animals at times, including their own species. This gets people baffled as to how an animal that feeds on plants can turn to meat.

One possible explanation for this behaviour is that it is driven by need, rather than taste. The strict herbivores can turn to other animals for fulfilment when they lack sufficient vitamins, minerals, and protein to survive. In the case of deer, the meat-eating behaviour seems to be specifically for a deficiency of calcium. That’s because they mostly devour bones. You might know, bones are high in calcium. In certain parts of the world, deer have been spotted eating human remains, more specifically the bones, which remain after the flesh is gone.

Often, herbivores discover that they can eat meat accidentally. Therefore, they start occasionally eating other animals if and when the opportunity arises. Deer do not eat meat because they need it per se, but because they can. There is little evidence that the anatomy or physiology of deer is suited for eating meat.

In a Day, How Much Meat Can A Deer Consume?

Although deer can eat meat, they are not carnivores. Their digestive system isn’t designed to digest meat. Most of the time, they eat plants. So they are occasional meat eaters.

To guess how much meat a deer can eat in a day, we need to look at how much food deer actually consume in their day. During the summer season, there’s foliage and plenty of food available, deer can eat 6-8% of their own body weight. So for a deer weighing 150 lb (68 kg), that’s 9-12 lb (4-5.4 kg) per day. In the winter months, their food intake (and their activity) drops.

Deer do not need meat for survival, as already said. They consume it just to avoid calcium deficiency or simply because they can. If the deer consume meat, it will still be in ounces. The amount might be higher when there is a food shortage and they are running low on energy. A deer may consume up to a pound of meat if its body demands it. However, most likely they will not devour a fully-grown buffalo or giraffe.

Deer eat what kind of meat?

Deer have been spotted at ritual sites where humans or other animals are buried; they either get attracted by scent or out of curiosity. It is unclear whether they consume human flesh or only bones since they have been observed chewing human bones. In addition to squirrels, small mammals, and insects, deer have been observed consuming their meat. Unlike carnivores, deer do not hunt. Instead, they pounce on the opportunity when an animal comes close by. If needed, they will even examine dead meat and consume it.

It’s important to know that not all deer will consume all kinds of meat. Some deer may not eat any meat at all. It varies from deer to deer.

Is It True That Deers Eat Birds?

Although researchers have found deer feeding on birds and eggs, they haven’t been seen laying traps for birds or climbing trees to catch them.

The researchers set up ‘nest cams’ to study how the different types of animals were attracted to the nest of songbirds. Deer were the frequent visitors, instead of squirrels, foxes, or other meat-loving predators. They came in packs and inspected the area closely. Then, some of the deer started eating the nestlings and eggs in the nests. They ate the chicks alive. This activity is also influenced by their living conditions; for example, deer can become meat-eaters when there’s food scarcity.

In harsh winters, It’s possible for a deer to eat small animals like squirrels, rabbits etc. If there is a vegetal food shortage deer might turn their diet to these sources of food. However, It is not proven that deer killed these animals.

Do Deer Eat Each other?

Not All but some Biologists believe that deers are so omnivorous that they can eat corpses, abdomens and limbs of other deers. 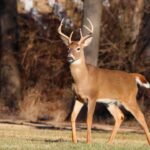 Do Deer Hibernate In Winter? Here’s What The Science Says
Next Article

Can Deer Swim? Here’s The Answer To That Question
Leave a comment