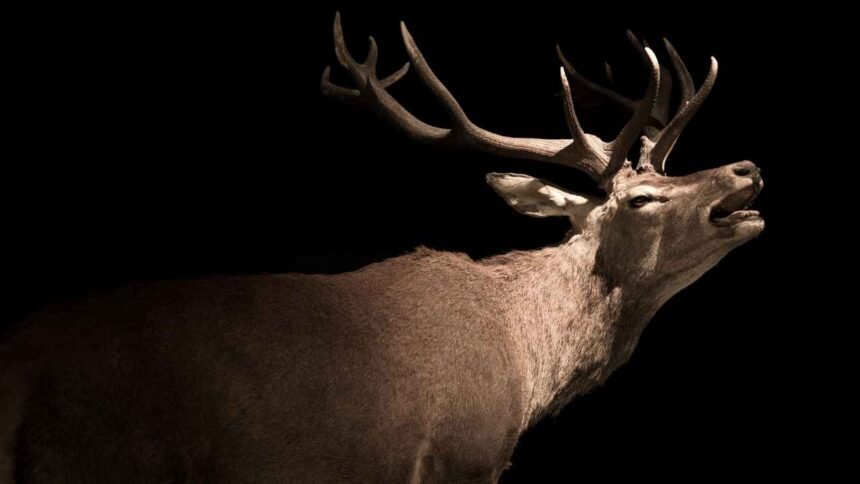 Do Deer Actually Act Nocturnally? Here's What We Know
SHARE

Hunters and non-hunters alike ask us if deer are nocturnal.

Deer are not nocturnal. At least not most of the time.

Due to environmental conditions, some deer may become nocturnal animals for short periods of time during certain times of the year.

Deer are most active during certain times of the year

Therefore, deer are crepuscular animals, which means they are active during twilight hours, according to Merriam Webster Dictionary.

That’s not the whole story.

Do deer always go into a crepuscular mode?

No, deer are not always crepuscular.

At times, deer tend to be very active during the daylight hours, sometimes even in the middle of the day, so we could say that they are diurnal animals.

Humans are considered diurnal since they are active during the day.

During the morning and throughout the day, diurnal animals are active, but at night they are much less active.

Take a look at what makes deer diurnal or active during the day.

We’ll look at a few of the top reasons why deer are more active during the day.

During the rut, buck and doe are seen during the daytime

In the background, you can see the doe in heat. This mature buck would not let her leave his sight.

One of the top causes of more diurnal activity is the rut when female deer (does) come into heat and are bred by the bucks.

In contrast to the summer months, when the deer’s movement and behaviour are very predictable, the rut brings chaos and unpredictability.

It is during this time that bucks become testosterone-driven teenagers and will spend the day searching for a doe in heat. The movement by bucks will also keep deer moving and the does on their feet as they constantly flee the harassment of the bucks. Deer can be seen at any time of day when the rut is underway.

Due to the fact that so many deer are covering so much ground and haphazardly, most mature bucks are killed by hunters during this period.

Conditions of the weather

During the day, a herd of whitetail deer feeds in a field

Weather conditions are another factor that makes deer active during the day.

The deer eat when they sense this because they know they may not be able to feed for a period of time. If this happens during the day, they are likely to feed anyway.

Cold weather is another weather condition that will have deer actively feeding at any time of day.

During the winter, when food sources are less plentiful, and the deer really need nutrition to recover from the rigours of the rut, this typically occurs.

You will see deer running into the field in broad daylight and in large numbers in order to ensure that they get the nutrition they need to stay warm.

Upon reaching the south-facing slopes, the deer will bed down in the direct sunlight to stay warm, avoid predators, and chew their cud.

How do deer become nocturnal?

Deer that are nocturnal

White-tailed deer hunters often talk about the buck that has “gone nocturnal”, but what exactly does that mean?

Because they don’t see deer during the day, these hunters believe deer are nocturnal.

Take a look at the study below to find out if deer are nocturnal.

The number one cause of deer becoming nocturnal was hunting pressure, according to a study conducted at Penn State University.

Some deer showed less or even no daytime activity when more hunters were in the woods for long periods of time.

They are cautious animals and respond quickly to human behaviour and unpleasant circumstances that could harm them, which increases their nocturnal habits.

Once the pressure from hunters lessened or hunting season ended, the deer would resume their normal behaviour and crepuscular activity patterns.

While the whitetail deer in the study did not stop moving entirely during the day, their daytime movement was drastically reduced, and they only moved short distances for short periods of time in their preferred spots.

Despite being on the move during the day, the deer would not leave the thickest and most overlooked areas in their home range until after dark or in low-light conditions.

Heavy rain can temporarily make deer nocturnal. Deer tend to stay in bed during prolonged periods of heavy rain. If the rain occurs between dawn and dusk, the deer will remain in bed.

There are times when other deer will be active during periods of rain, even though most deer will bed down. Click here for answers to the question: Do deer move in the rain?

The deer will typically increase their nocturnal activity during the warmer months in order to take advantage of the cooler nighttime temperatures.

At night, what do deer do?

As with all animals and humans, a deer’s 24 hours are a cyclical, habitual process and their nighttime activities are very similar from day to day.

There are two main feeding times in a 24-hour period, Dawn and Dusk, the twilight hours. When the deer has eaten enough, it will make its way back to a bedding area where it feels safe from prey animals and it will chew its cud.

During this time, the deer also sleeps occasionally, but mostly it rests and stays alert to detect any prey animals that might be looking for food.

Deer sleep or rest and chew their cud at night and during the middle of the day if they feed primarily in the morning and evening.

According to the factors discussed earlier in this article, this pattern varies and sometimes deer may spend much more time resting during the day than they do at night.

Bedding area of a nocturnal deer

In the trail cam picture above, the deer were considered nocturnal because they never ventured out of this thick cover during the daylight hours, and it was virtually impossible for a human to get in there.

The first thing we must remember is that just because you do not see a mature buck during daylight hours does not mean he is truly nocturnal. I guarantee that he is on his feet and moving around inside where he feels safe and can avoid hunters, even if he doesn’t move from where he feels safe until after dark.

If you want to harvest a mature buck, you must hunt during the whitetail rut or mating season. This is one of the most important times of year to hunt deer.

The learning curve for a crossbow is much shorter, so you can become proficient with one in a weekend of practice if you’re intimidated by the amount of practice required for a traditional bow.

We have found that Barnett Crossbows make the best beginner crossbows.

In order to successfully hunt a buck that is hiding in thick cover during daylight hours, you must stealthily approach him.

Other hunters are consistently successful at killing “nocturnal” mature bucks.

During hunting season, you can get close to a “nocturnal” buck.

The first thing you need to do is find out exactly where he spends his days. It’s going to be the nastiest, most out-of-the-way place on your hunting grounds. A place no human ever goes. Get creative and think outside of the box, and you’ll find these places.

You need to get close to him and climb up high in a tree once you know where he is hiding. We like to climb a tree quickly and quietly using a climbing tree stand that we can place on our backs. Sometimes, you can see him emerge from the thick stuff just before dark.

Whenever possible, it is best to do this early in the morning. At least two hours before it gets light. You may hear him moving into his area before it gets light, and with any luck, he will still be there when it is legal to shoot. This strategy helped one of our Pro Staff members connect with a buck he had been hunting for years. See the buck below and read more here.

The scar is the name of a buck

If deer are left alone and not pressured, they will soon return to their old predictable routines, being active during crepuscular hours during which you can hunt them.

Is the deer nocturnal or not?

They are mostly crepuscular animals and most active during the twilight hours, but that can change due to many factors. As you read in the article above, deer are nocturnal for short periods of time.

Deer will become nocturnal when heavily pressured by humans in their habitat until the pressure is reduced, at which time they will return to their crepuscular schedule.

Depending on the environment, deer may also become very active during the day, making them diurnal until the factors return to normal.

Deer are incredibly adaptable and amazing creatures that will change their behaviour in response to conditions in order to survive and thrive in their home range.

Can Deer Swim? Here’s The Answer To That Question
Next Article