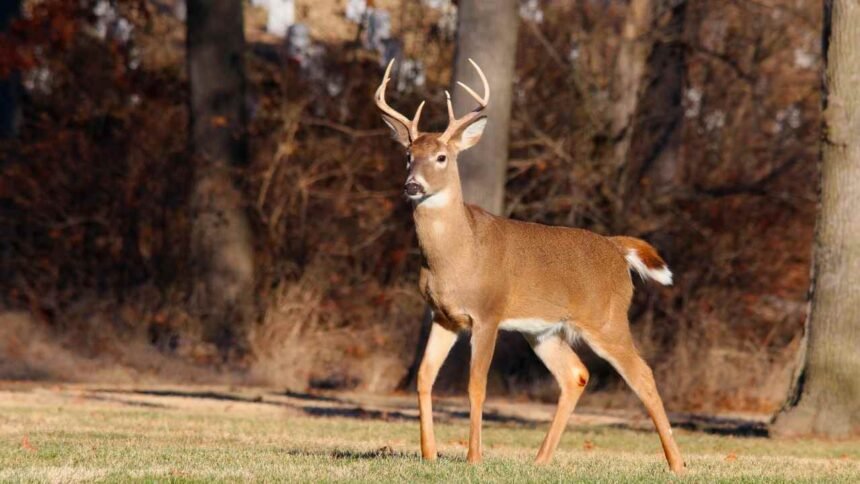 Do Deer Hibernate In Winter? Here's What The Science Says
SHARE

In order to survive, several mammals hibernate during the winter months. If you haven’t seen any deer during the colder months, you may wonder ‘do deer hibernate?’.

It is not possible for deer to hibernate during the winter months since they do not have the biological ability to remain dormant for a long period of time. In order to adapt, deer will perform behaviours known as yarding. They will lower their metabolisms, grow a winter coat, huddle together, and shelter from the weather during the winter months.

If you’re wondering why deer don’t hibernate during the winter, this guide will answer all your questions.

We need to understand what each of these behaviours means before we can discuss what deer do during the winter.

Is it possible for deer to hibernate?

As a result of hibernation, warm-blooded animals drop their temperature, heart rate, breathing, and metabolism. This allows them to conserve energy and survive for long periods without food.

Bats and ground squirrels hibernate during the winter.

The ability to store large amounts of fat and switch into hibernation mode are needed for animals to hibernate. In response to the shorter days, falling temperature, and low food supply, these animals activate hibernation. Their blood contains a chemical called Hibernation induction trigger (HIT).

There is no physical ability for deer to hibernate, so they do not do it. Deer still need to be active to source food and eliminate waste. However, like all animals, they must make special adaptations to survive during winter.

DEER YARDING: WHAT IS IT?

During the winter, deer perform yarding, which is a survival strategy they use to conserve energy for their herds. Yarding is most common in northern climates with snow.

In order to provide shelter from the weather, a deer yard will normally be situated near an east or south-facing slope or tree thicket.

Yarding typically lasts around one to three months, during which deer lower their metabolism and move less.

In the winter, what do deer do?

Deer, like all wildlife, must make their own adaptations to survive the cold winter months. Deer must make a lot of preparation before winter to ensure their survival.

As a result of these adaptations, they are able to keep warm, stay safe, and have enough energy so that they don’t starve to death.

Here’s how they do it.

THE FIRST STEP IS TO FIND A SHELTER

Previously, we discussed how some deer will yard up over the winter months. This is typically the behavior of deer living in colder climates.

In the winter months, deer will find a shelter that is much more protected than in other months.

It is common for deer to shelter in dense bushes or hollowed-out trees in a heavily wooded area during the winter, where the trees and vegetation provide protection from the snow.

In particularly bad weather conditions, deer should be able to stay for a few days, and they should be protected from predators, but also be able to easily access a food source without a long trip.

For warmth, deer stick together as a herd even if they aren’t yarding.

Winter is when deer need to change their diet since the food they like to eat isn’t as readily available.

In winter, deer still consume vegetation. However, the vegetation will change from soft, leafy greens to harder, more fibrous browse like twigs, pinecones, and bark. Nuts are also an important source of protein and energy.

Since they don’t move around as much in the winter, deer will eat less food.

In winter, sheltering near a good food supply means they have only a short distance to travel to eat, saving them energy from foraging.

Adapting to foraging under snow and frozen ground, deer can also dig with their hooves.

When there is plenty of food available, deer will try to consume as much as possible. Their aim is to add around 25% of their body fat during the summer months.

In addition to insulating them in the winter, the extra fat can serve as an energy source when they are hunkered down or cannot find food.

A strategy for keeping these vital organs healthy during the winter is to store fat around their internal organs and under their skin.

The fourth step is to grow a coat

Deer shed their summer and autumn coats and grow thicker ones in preparation for the winter. The thicker coats consist of a dual layer of soft and warm underfur and a thick layer of weatherproof guard hair.

A deer’s guard hairs give their fur a slightly darker shade, allowing the winter sun to trap heat in their fur and keep them warm.

Winter fur on deer is thicker and longer than summer fur, which helps trap any body heat and prevent it from evaporating.

In addition, deer produce a natural oil that coats their fur layer, preventing heat loss. This oil also prevents any cold or wet from entering from the outside and cooling the skin.

During winter, a deer’s ability to reduce its daily activity is vital to its survival.

A deer will spend most of their time sleeping or foraging for a short period of time when yarding or hunkering down. Often they will go without food for a few days at a time.

It is during this period of reduced activity that deer lower their metabolism, so they can use up their summer fat stores more efficiently.

Deer can exhaust themselves by traveling long distances for foraging, fleeing predators, or finding new shelters.

Deer from a herd will often help each other to forage as much food as they can during cold spells if their energy supplies are low. This can often be fatal for them.

IN THE WINTER, WHERE DO DEER GO?

Don’t worry if you haven’t seen many deer in the winter.

Deer reduce their activity as the winter conditions bring lower temperatures. To survive, they find shelter and stay there for a few days. They won’t eat during this period and will mainly sleep.

Deer often choose sheltered spots for protection during these hunkering periods, such as thick forests.

Is it true that deer migrate in the winter?

It is common for white-tailed and mule deer to migrate during the winter months. They travel distances of around 8 to 15 miles in search of food and shelter.

You won’t find deer migrating long distances for warmer climates in neighboring countries because they are well adapted to survive winter conditions. Mule deer, however, have been documented in the past migrating up to 150 miles for the winter. 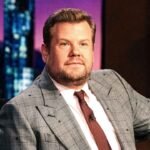 Deer Are Herbivores, But Do They Eat Meat?
Leave a comment